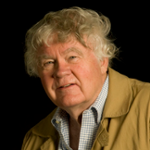 A producer, stage director, singer, scholar and critic, James Flannery is a specialist in the dramatic work of W.B. Yeats. In 1988 he founded the W.B. Yeats Foundation in order to promote a greater understanding and appreciation of Yeats’s work as a poet, dramatist and cultural activist. From 1989 to 1993 he was the Executive Director of the Yeats International Theatre Festival at the world-famous Abbey Theatre, the National Theatre of Ireland. His Yeats Festival productions of fourteen of Yeats's challenging plays won critical acclaim and established Yeats's reputation as a seminal figure in modern Irish theater.  In 2010 he was named an International Associate Artist at the Abbey Theatre where he is working to develop a Yeats Studio focused on the challenging ideas and techniques involved in Yeats’s dramatic work.

At Emory University the Yeats Foundation has presented a wide range of lectures, concerts, poetry readings, exhibitions and symposiums.  A special emphasis has been placed on advancing knowledge of the influences of Irish culture, including Northern Ireland, on the distinctive heritage and character of the American South.  In 2001 the Yeats Foundation organized a major international symposium, “Ulster Roots/Southern Branches: The Scots-Irish Heritage of Northern Ireland and the American South,” which attracted wide scholarly attention as well as the participation of a large general audience drawn from throughout the Southeast.

Dr. Flannery’s production of the Atlanta Celtic Christmas Concert has, over the past eighteen years, become one of the highlights of the Atlanta holiday season.  In poetry, music, song, dance and story, the Concert focuses on the Christmas traditions of the Celtic lands and their connections with similar traditions in the American South.  In 2010, the Concert was filmed as a PBS special for broadcast in December 2011.

James Flannery's work as a singer also has received considerable recognition. He has given concerts throughout the United States and abroad, including a July 1997 recital at the Dublin residence of American Ambassador to Ireland, Jean Kennedy Smith. That concert was made into a film entitled "Ireland, Mother Ireland" which has been broadcast on PBS. In 1997 he published a book/recording, Dear Harp of My Country: The Irish Melodies of Thomas Moore, which received critical acclaim as well as the endorsements of Nobel Prizewinning poet Seamus Heaney and Bill Whelan, the Grammy Award-winning composer of Riverdance.

Among his many publications, Dr. Flannery is the author of a definitive study, W.B. Yeats and the Idea of a Theatre: The Early Abbey Theatre in Theory and Practice (Yale 1976, 1989), and has contributed to leading journals including The New York Times, Performing Arts Journal and the Irish University Review. He has directed over sixty productions, including twenty-two of Yeats's plays at leading professional theatres in Ireland, Canada and the United States. He has headed theater programs at the University of Ottawa, the University of Rhode Island and Emory University, where he holds a distinguished chair as Winship Professor of the Arts and Humanities.

A Phi Beta Kappa graduate of Trinity College (Hartford), James Flannery holds a Master of Fine Arts degree from the Yale School of Drama and a Ph.D. from Trinity College, Dublin.  Listed in Who’s Who in America, he has five times been named to Irish America Magazine's list of the one hundred most prominent Irish-Americans. In 1993 he was given the prestigious Wild Geese Award for Outstanding Contributions to Irish Culture. In the same year he was awarded an honorary doctorate by his alma mater Trinity College (Hartford). In 1997 he was named an Honorary Professor by his other alma mater Trinity College, Dublin. He has been listed in the Oxford Companion to Irish Literature for his work as a scholar-artist on the plays of Yeats and the songs of Thomas Moore. The University of Ulster, Northern Ireland, named him a Visiting Professor in the year 2000 and, in 2001, awarded him an honorary doctorate for his many contributions to Irish culture. In the same year he was awarded a Distinguished Fulbright Scholarship to work with the University of Ulster in developing a school for performing arts. In the year 2002 Flannery was honored with a Governor's Award in the Humanities by the Georgia Humanities Council for his work promoting Irish culture and its connections with the culture of the American South. In 2010 he was named an International Associate Artist at the Abbey Theatre and a Visiting Professor at the University College, Dublin. In 2011 he received the Emory University Creativity and Arts Faculty Award for his artistic contributions to the Emory community and was named to the Global Irish Network advisory committee by the Prime Minister of Ireland. In 2012 Flannery was named the “Irishman of the Year” by the Hibernian Benevolent Society of Atlanta in recognition of his contributions to the local Irish-American community.